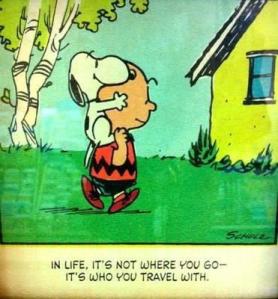 My sister had her baby baptized today.  Getting everyone out of the house is quite the feat in this household.  My kids are pretty good, but my husband is another story.  He really doesn’t like to get dressed up.  I don’t blame him…it was bloody hot and humid today and he was wearing a suit.

On our way to the church, my family almost ditched me when they saw Canada’s Wonderland.  “We want to go on the rides”, they cried (especially my well-dressed husband who claimed he had his shorts and running shoes in the back).  ‘Too bad”, I told them as I Kiddie proofed (locked) them all in the car.  You guys aren’t going anywhere without me and I’m going to a baptism!  They all looked lovingly out the window at the high speed roller coasters as I drove right by the entrance of the amusement park.

During the 40 minute car ride, there were some arguments about what we were going to listen to on the radio.  I love my car because it has a channel changer right on the steering wheel.  Bobo starting complaining that he didn’t want to listen to rap or any other crap my kids wanted to listen to, so I put it on a Classical Station.  It was some awful woman singing opera.

“That woman singing is wearing her underwear too tight”, my husband informed us.  Frack started laughing and said, “Is that what they are singing about?  Then the two of them started imitating the opera singer until the song was over.  “Do you two have tight underwear too?” I asked them.

At the end of the song, there was a lot of clapping from an audience.  Frack asked, “Why are they clapping?”  Bobo said, “That’s because they are so glad it’s over”.  “Oh”, said Frick and Frack digesting this new piece of valuable information.  Then Frick says, “Oh, I get it now.  I always wondered why at the end of mass they say, “This is the end of mass.  Go in Peace to Love and Serve the Lord, and everyone says, “Thanks be to God”.  They were glad mass was over.

“Excuse Me Jesus” was at it again at church today.  At one point during the proceedings, Bobo disappeared from sight.  When the kids couldn’t find him at the end of the pew they asked me where he went.  I couldn’t help but tell them that he probably went somewhere to fart.  When he came back, the kids asked him if that was true.  He smiled nonchalantly.  “I was right”, I thought smugly, at least he had the decency to get away from us.   For those who don’t know the original “Excuse me Jesus” Story, it began when Bobo farted in church one day and kindly apologized by  saying “Excuse me, Jesus”.

Sure enough, some time later, the kids started laughing uncontrollably.  “Excuse Me Jesus, did it again, didn’t he”, I asked the kids. “Yup”, they said, moving closer towards me, and farther away from him.  Unfortunately, one of my sister’s friends was not so lucky.  She was sitting in the pew directly in front of him. According to my kids, Bobo really let it rip this time.  Not only was it excruciatingly loud, but it was a smelly one too.  Poor woman.