Proof that Our Health Care Sucks Below is a graphic account of a very bad day I had on Friday, Feb. 27th intermingled with pics of the giraffes I did with the grade 2’s. Yes, they did do them, although I confess, I will not give a primary child a black permanent marker because I’m afraid of what they will do with it. I outlined their work because then I destroy only one and not twenty after it’s gone through all the watercolour paint and salt.

Sorry I haven’t written in a while but I have been rather sick. Had a terrible, terrible ear ache. Felt like someone was stabbing me in the ear and twisting it all around. Unbearable pain. Two weeks ago, Tuesday I went to my family doctor who said there was a little bit of fluid in my ear, but not much. Wasn’t prescribed anything. By that Thursday night, I couldn’t sleep. Friday morning I decided I had enough and phoned for a prescription because it was not going away despite many doses of Advil and Tylenol cold and sinus pills, nasal spray, and saline spray. Unfortunately my family doctor wasn’t there, but the secretary said she was going to phone in later and she would let her know what was happening with me. I told her I didn’t sleep all night, was in a lot of pain and needed something as soon as possible.

I went to school for a bit to finish off some other art work; tried phoning the dr. office from there (no luck), and then went home where I got a message saying that there was a prescription ready for me but she didn’t know what pharmacy to send it to. And by the way, we close at 2:00.

It was 2:10. I cursed and tried phoning her. Then I drove like a mad woman to get that prescription because I didn’t want to go another day without something for my ear. There was no one there but my doctor’s husband who is a dentist in the same office. I waited at least 1/2 hour crying in pain while he looked everywhere for the script to no avail. Don’t worry, I told him resignedly, I would go to the closest Walk In Clinic. Not that I really relished the idea of waiting in line in a germ filled clinic for someone to look at my ear and give me a prescription, but what else was I going to do? I was in serious pain.

By the time I got to my car, I was in agony. I screamed and cried all the way to the clinic. When I spoke to the receptionist, I told her that I was in trouble and I thought my ear drum was about to break and would need to see someone VERY SOON. “Just go have a seat”, she told me. I sat and waited for about 5 people to be seen ahead of me. By then I was slouched over, crying in pain. Finally, she ushered me into a room where I waited some more. The pain got worse. Considerably worse.

I couldn’t take it anymore and yelled for help. One of the patients told the secretary they were needed. I told her to either get me an AMBULANCE OR A DOCTOR NOW. By then I was wailing uncontrollably.  Guess she
was embarrassed by my crying ‘cause she shut the door on me. I was mad. I got up to open the door and fell to the ground. I literally crawled to the door and opened it. Then I fell into the hallway and screamed. Figured at least they would see me there if I passed out. 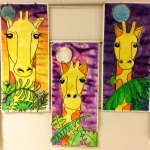 Finally someone (some short Indian woman) came to me. She told me to get off the floor because it was dirty. I told her no. I couldn’t feel my hands; they were paralyzed. And then my feet started to freeze up too.                  She said I was hyperventilating. She asked me what was wrong. I think I told her my ear drum was about to blow. I also told her briefly that I just had radiation to my neck, spine, and pelvis. She wanted to know who my doctor was and my husband’s phone number and maybe I should call him. I told her that was going to be hard because I had no cell phone and I couldn’t move my fingers. She then tried to lift me up with the help of some other woman. That panicked me because I couldn’t get up myself and I was afraid they might drop me on my newly radiated spine. I must have told her 17 times to LEAVE ME ON THE FLOOR, but she kept insisting that I needed to get back into the room where they left me alone.

In the meantime, the secretary phones my doctors office and spoke to the dentist who told her that I was just there. Next thing I know, the bloody stupid doctor starts yelling at me telling me I should have been treated at my doctors office. Really? I’m thinking in my head . . . do you really fucking think I’d be here if I saw her? By then I was about to have a nervous breakdown. I am deliriously in pain and I have a wack job berating me because I was just at my doctors office and I was on her floor and needed to move. I shut down. I could not talk to this stupid idiot any more. I thought if I can get up and get my coat on, I am out of here. I didn’t need someone patronizing me while I was in pain. She just kept telling me over and over again that I should have been seen by my family doctor and to get off the floor.

A few minutes later, I tried standing up, swayed a bit, and hit a wall. But the feeling in my hands was coming back and I was fiercely determined to get out of there and go home. I made it to my coat, put it on, grabbed my purse and walked out of there without a word. Actually, no. I did say something. WHERE IS MY OHIP CARD? I yelled. “I gave it back to you”, the secretary cried. Then I left. Right out the door.  I can see why people go postal.

“Wait, wait a minute. What about the ambulance?” I heard someone calling behind me. “Really, if an ambulance had been called don’t you think it would be there by now? You freaks”, I thought.

Bitter and angry, I got into my car and drove home. My ear eased up a little bit at that point and I was no longer screaming in pain. Called my dad and told him I might need him to take me to the hospital. However, the thought of going to emergency for a prescription did not appeal to me in the least. And if I went there, I knew what I was in for. I am very familiar with the drill. I would see triage where they would deem me to be low man on the totem pole in terms of an emergency. Then I would be kept in the waiting room for at least four hours. When I got to see a doctor, they would stub me with a needle to take my blood. It wouldn’t work the first time and they would have to do it again. And finally they would tell me I’m not having a heart attack and I could go home (possibly with a prescription for an antibiotic), at last. No thanks. Was not coping well with my situation and felt a trip to the ER would be the last straw.

My dad came over while I phoned Tele-Health for advice. The nurse, a nice man, sympathized with me, while I told him my sordid tale. He advised me NOT to go to the clinic or hospital because I was immune-compromised and shouldn’t be in public places with germs (my white blood counts and platelets are dismal because of the radiation treatments). The man told me to call two medic numbers and a doctor would be sent to my house that evening to check me out. Hallelujah, I thought, relieved I wouldn’t have to go out again to get a prescription. I just wanted to stay home.

This is why I hate living in Scarborough. We have no services here. I bet you if I lived in North York or Toronto, someone would have come to my house that evening. So much for amalgamation. Equal services. Bull Crap. It is a LIE! There are no services in Scarborough. Move while you can. Don’t buy a house here. When you are old and grey and need palliative services, be forewarned, there are none here. Decided I wasn’t going to go to emergency for four hours. Anything was better than that. Got in the car with Frick (who also wasn’t feeling well) to go to Centenary Hospital’s Walk-In Clinic while my dad watched Frack. My ear was temporarily better by then. Waited in another line up of around 5 patients. The doctor there was good and fast. Gave me and Frick a prescription and off we went to Shoppers Drug Mart. 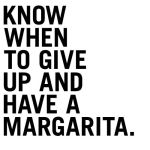 And the big kicker of the day. I drove to Shoppers Drug Mart to submit my prescription and the pharmacist told me that he couldn’t fulfill my it because I may have an allergic reaction to it (10% chance).

THIS CANNOT BE HAPPENING TO ME!

I could not believe it. I just spent the entire day trying to get a prescription and now that I had one, I couldn’t get it. “We will phone and fax the clinic and see if he can change it”, they told me. “Fine”. “I’m going home,” I told them and I will send my husband back to get it.

Well they didn’t get a hold of the doctor. The clinic closed. No one answered the phone there and when my husband went to the pharmacy I told him to pick up the prescription because I DID NOT CARE IF I WAS ALLERGIC to it, I WAS TAKING IT ANYWAY. Had a hell of a headache the next day, but at least I didn’t end up in the hospital with a rash, breathing problems and a heart attack.

So on Saturday morning the secretary from my Doctors office phoned and asked me where I wanted her to send the prescription. I gave her an ear full which I am certain she will never forget.

And I plan on visiting the owner and doctor at the Loblaws Clinic this week to give them an ear full too.

And that, my friends, is the end of my blog entitled, “Proof that Our Health Care Sucks”.  Why I had to go to 5 different places to get a prescription is beyond me. There must be a better way.

P.S.  The following Tuesday I went in to see my family doctor to get my ears checked out once again.  An hour after sitting in the waiting room, I am told that there is very little water in my ear (the ear drum is clear) and perhaps I should get my face x-rayed because there are bones near the ears which may have cancer in them now.  How lovely.  Another round of tests are in store for me in the near future.  Just what I needed.

Had my thyroid, pelvis and abdomen thorough checked out on the week-end and now need to see another new doctor (ENT).  Will be scheduled for a CAT Scan and MRI soon too.

I’m entering a contest to win a Trip to Paris this spring.  I’m going back to Monet’s Garden to paint.  That’s where I’m going.  This is going to be me in April when I win.

Follow If The Cancer Doesn't Kill You, The Nurses Will on WordPress.com